A note about Tasmanian employment projections

Information about Tasmanian industries expected to grow most strongly between 2019 and 2024 was calculated by the Australian Government using Australian Bureau of Statistics (ABS) data. The information is available on our web page called “Tasmanian industry projections“. However, the Australian Government advises that the projections must now be used and interpreted with extreme caution because they do not take into account any impact of the coronavirus (COVID-19) emergency.1

Tasmanian industries with a high proportion of workers aged over 45

In the graph below it is clear that “health care and social assistance” was both a very large sector in Tasmania at the last census and one that employs many older workers. “Transport, postal and warehousing” employed far fewer people, but of those it employed, a high proportion were aged over 45. 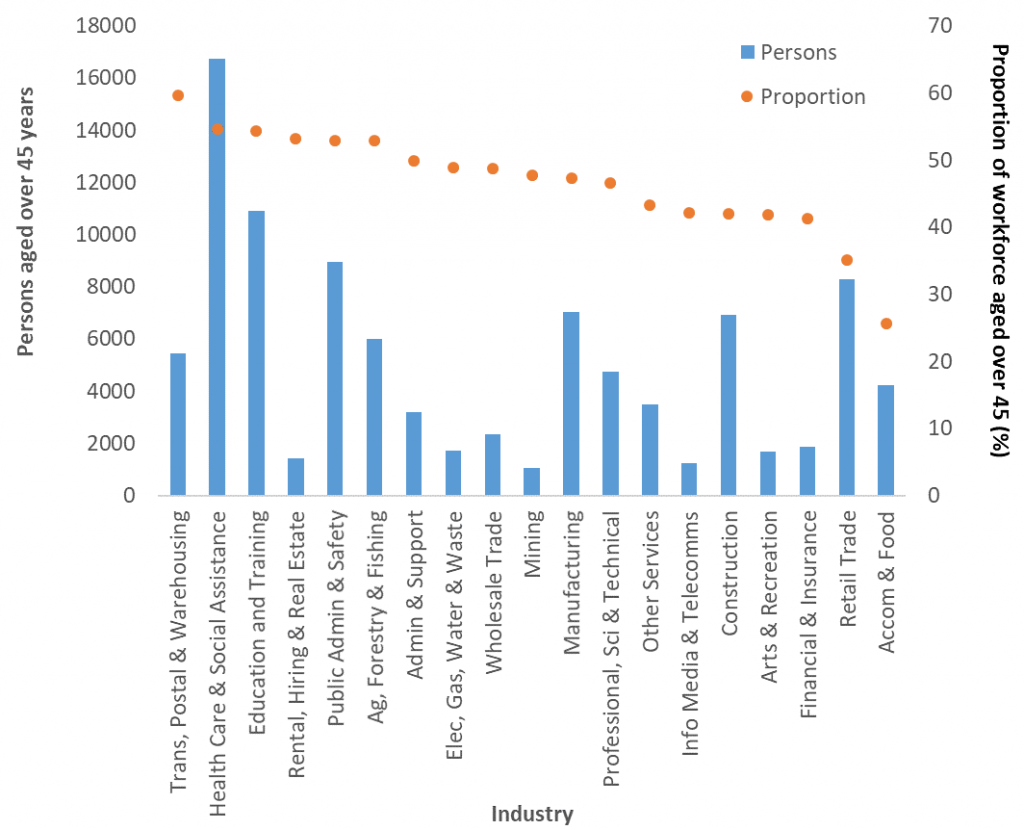 Types of work likely to increase and decrease across Australia3

As discussed in the section of Work45+ called “Age equality“, age discrimination is unlawful, but it still happens.

Older workers are not the only people who face discrimination in the workplace.

You should be able to apply for a job knowing you won’t be stereotyped because of your age, gender, race or culture, or because you have a disability. So it’s heartening to know that some employers are actively promoting diversity in the workplace.

The Diversity Council of Australia (DCA) is an independent peak organisation that promotes the inclusion of workers from all backgrounds.

Tasmanian members of DCA include:

Many national DCA members operate in Tasmania, including:

You can get a current list of DCA members here.